When choosing between riflescopes and examining their optics, two common terms you would’ve come across are the types of the reticles: first focal plane (FFP) and second focal plane (SFP). You would’ve noticed the ZeroTech riflescopes range uses both reticle types across different models, as each one serves its own specialized purpose in the field. So what exactly is the difference between the two, and is one better than the other?

As with all competitive riflescopes and backcountry hunting gear, there is no strict ‘better’ choice and it always depends on the type of shooting you prioritize. Keeping that in mind, we take a look at both SFP and FFP reticles individually, and then examine the differences between how the two actually function in the field.

The second focal plane (SFP) scope is the older of the two designs, having been around for several years and is still the most dominant option in the market today. There are several SFP designs among the ZeroTech reticle family, used in our TRACE, THRIVE and VENGEANCE riflescope models.

Chances are your first, basic riflescope used a SFP reticle, so you would know that the reticle crosshairs stay the same size at all levels of magnification. This is because the reticle is mounted in the second focal plane area closer to the eye box, usually behind the magnification lenses on the erector tube. Generally, SFP scopes are cheaper, but they also make an ideal choice for beginner or amateur hunters since the crosshairs are easier to pick out and use in lower magnification settings. This also means it still holds up well in close-range defensive shooting, or when you can take a lot of time between shots and there is no holdover component.

As such, SFP riflescopes are generally not suited for long range or high speed precision shooting, where the changing subtensions would reduce the accuracy in locating the target’s exact distance. But for close range shooting or targeted humane hunting with lower bullet drop, the accuracy of subtensions don’t matter as much especially with bigger reticles, and SFP riflescopes still remain the ever reliable choice.

First focal plane (FFP) riflescopes came into development only around ten years ago, and grew in popularity not just for long range and competitive hunting but also for sniping and other military applications. Our top-shelf ZeroTech riflescopes model for backcountry shooting, the TRACE ADVANCED, utilizes the RMG FFP reticle exclusively developed through our years of experience and innovation in optics.

As opposed to SFP scopes, the FFP scopes have the reticle mounted in the first focal plane area, in front of the magnification lenses and erector assembly. This means the crosshairs of the reticle will grow or shrink in size exactly relative to the image being viewed. So for example, with the TRACE ADVANCED calibrated for 4.5-27x power range, the reticle would be smallest with magnification set on 4.5x and increase in size until maxing out on 27x. It also means FFP scopes can use reticle subtensions at every magnification setting, which is highly useful in high-speed settings where pinpoint accuracy is needed between multiple shots, while adjusting elevation and windage on the fly.

There are still some downsides to FFP riflescopes, when it comes to variable shooting conditions: they are not ideal for close range shooting or low-power scopes, where the very small reticle size can be hard to see. This is further complicated in low light conditions, where the smaller and thinner crosshairs may be lost against dark backgrounds; in these cases, the constant visibility of an SFP reticle may be more preferred. Furthermore, if budget is your consideration, FFP reticles are generally associated with higher-end riflescopes and thus on a higher price range.

As with all choices between riflescope specifications, it all comes down to personal preference and the type of shooting you set out to do. For long range shooting, or competitive shooting where holdover between quick rounds and bullet drop is key, FFP riflescopes prove a big advantage and are worth the money for the sharp and highly accurate experience they provide. But for casual hunting or low light conditions, SFP riflescopes will be more reliable and comfortable to use.

It is also important to take into account overall scope quality, as a high-quality SFP scope can outclass a mediocre FFP scope despite the hype the latter gets. With durability tested for even the harshest backcountry conditions, and highly precise, glass-etched reticles with 92% light transmission and weathershield lens coating, the ZeroTech riflescopes range offers both FFP and SFP scopes for every kind of shooter, backed by years of experience in optics that you can trust. 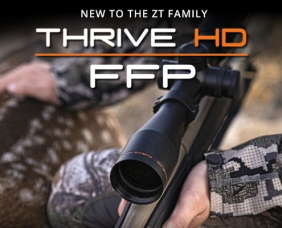 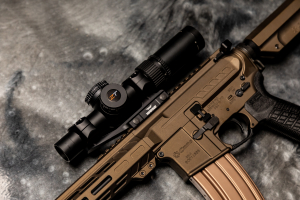 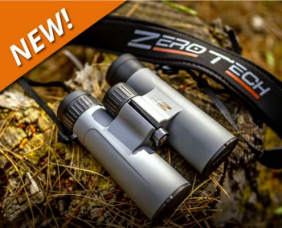 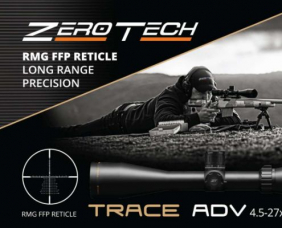